You are here: Home / Writing / 3 – Working with a publisher 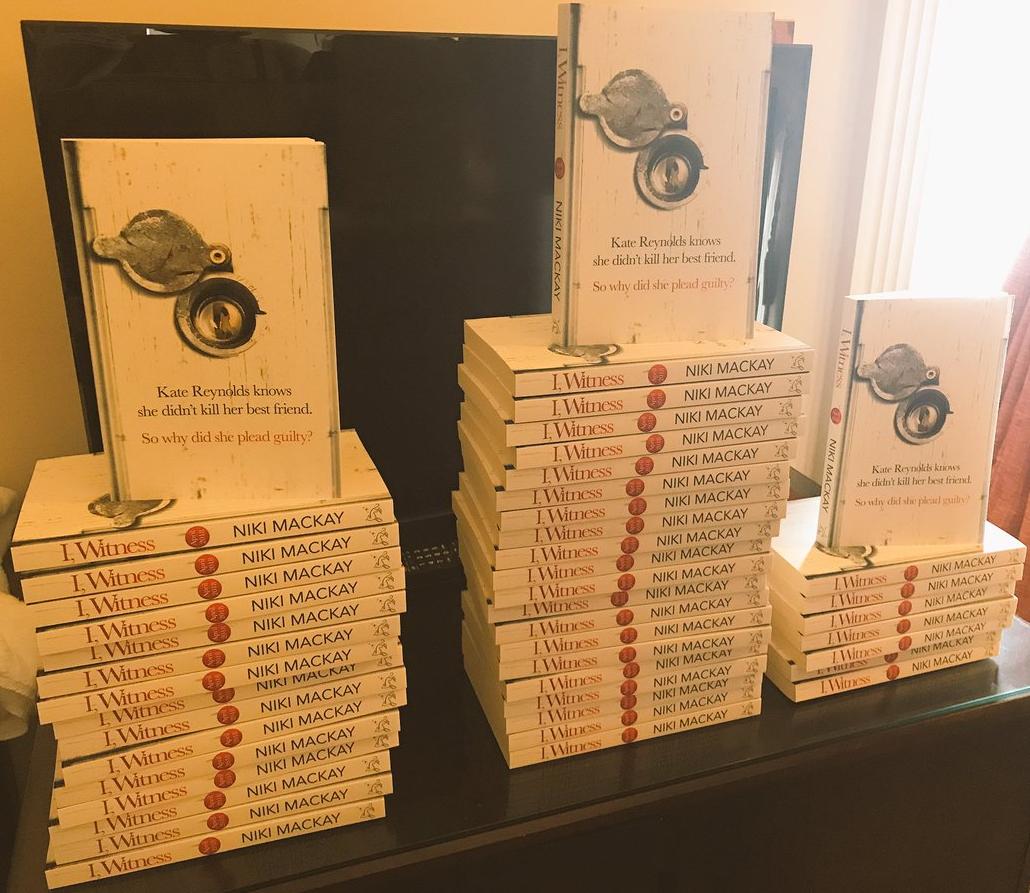 Okay, my experience of this stuff is admittedly still quite limited, but I know when I’ve searched for anything beyond the ‘getting an agent/ deal’ stage you often just get the horror stories. I figured I’d share my thoughts (so far) of working with my publisher Orion (an imprint of Hachette). Other great resources I’ve found that somewhat demystify publishing have been The Honest Author’s Podcast and Phoebe Morgan’s blog (she is the author of The Doll House, which is excellent, but also a commissioning Editor at Harper Collins so is uniquely placed at being able to feedback from both sides).

I knew when I started-out that I wanted to go down the traditional Publishing route. I am not business-minded, or hugely organised, and all the (really good) stuff I read about self-publishing says it helps if you’re entrepreneurial; I’m not.

I think that, for me, I also needed some validation that my book was worth a punt. It has been a life-long dream to be a writer, but I do suffer from a fair bit of insecurity when it comes to my abilities (I’m sure this is common).  I knew the traditional route would go some way to relieving that concern.

I have written about how I got a publishing deal here, and how I wrote my first book (I, Witness) here. 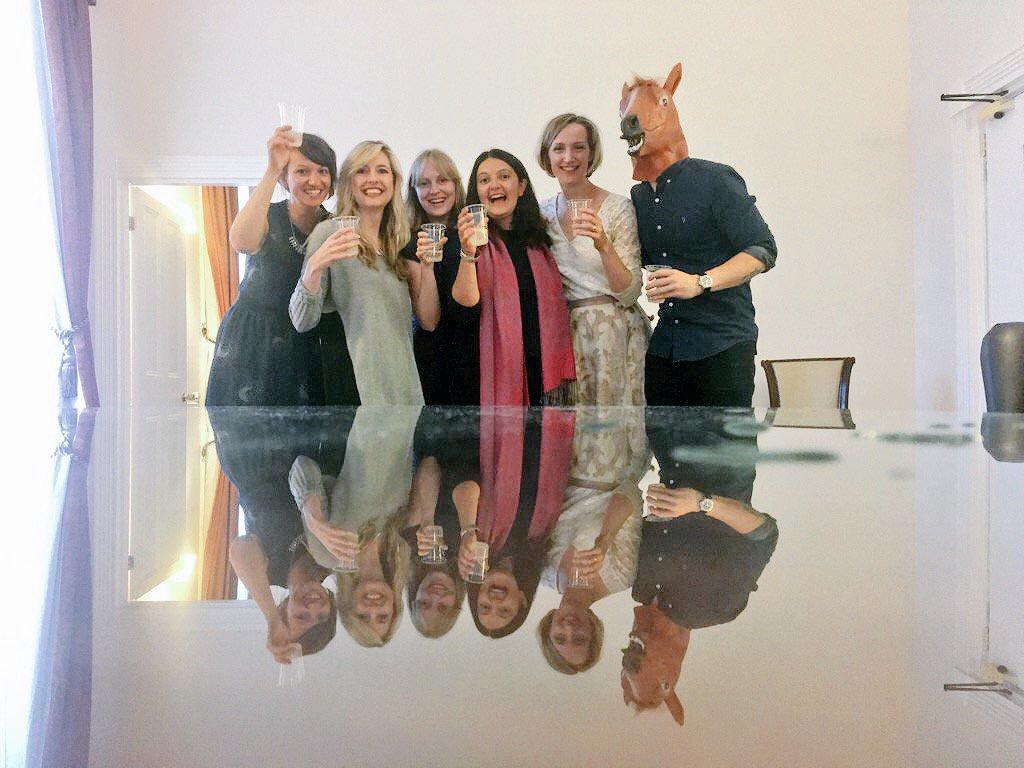 First there is a flurry of exciting emails. From my editor (wow) and my agent (still also wow). I got sent an email from my agent with lovely comments from people who work at Orion. There are lots of these people, doing all kinds of cool jobs I didn’t even know existed.

Next, I am to go and meet my editor for lunch and to go over ‘editorial notes’. I have no idea what these are, but I am excited nonetheless. By this stage I also know that my editor took my book to an acquisitions meeting. This, I learn, means that she had to meet with lots of other people from various departments and argue the merits of buying my book. I am overwhelmed at the thought of it. Someone reading what I’ve written, loving it, and then telling others they should love it too.

Next, there is an article in the Bookseller about Orion acquiring two books from me. Best Twitter day ever. Excitement levels go through the roof. I can tell friends, family etc.

I start to write the second book in the series to stop myself going into hyper-mode. I have a two-book deal but it’s not for the first Madison one and my stand-alone (see previous post ‘How I got a publisher’). It’s for the first and second in the series. I get mild moments of panic about not being able to write this hence, cracking-on with it. It is a bit of a bitch that second contracted book (understatement, I’m currently editing it now), but I’ll come back to that in another post.

My Editor, Francesca Pathak, is lovely and puts me at ease; ‘if Carlsberg did editors’ and what-not (hi those who remember watching adverts). Lunch is great, though I’m too busy trying – and failing – not to talk too much to eat a great deal. I also discover that Francesca is a die-hard Harry Potter fan, likes Prince, Michael Jackson, is going to see Bruno Mars (weljel) and has read a lot of Sweet Valley High, so I know we’ll probably be fine.

Getting on with the edits

The notes aren’t too daunting, and all seem to make sense. They want to re-name the books, I’d been told this by email. That’s fine. The title I came up with was honestly not very good. There is some discussion over re-naming my protagonist. I’m not sure on this but don’t need to worry yet. I am told I can check in with my editor when I have any queries. This turns out to be completely true. Bless-her for taking my panicked phone calls, actually, not just my editor but also Assistant Editor, Bethan Jones, who has been amazing too, and full of good ideas. There is a book team!

So, at this stage (and still), I am continuing to be overwhelmed. In day-to-day life I can be found wandering around with a constant grin on my face. Often standing in Waterstones in the crime section, somewhere I’ve stood for many years, now thinking ‘it’ll be me…’

I think I said in a previous post that I’m reasonably pleased I got my publishing deal now, in my (ahem) late 30s (I’m 37) rather than my early 20s and one of the reasons is to do with edits or more specifically ‘feedback’. I had issues with confidence in my younger years. I’m sure everyone does, but I was the council estate kid who made it to university. I felt surrounded by a lot of students I considered my ‘betters’ in terms of money, family, and class. I guess I had a chip on my shoulder which hid (probably not that well), crushing levels of sensitivity. Think walking around with no skin. One tiny prod and it hurts. It meant that I took anything that seemed like criticism badly. This continued until I hit that lovely bit where you grow up and figure out no-ones thinking about you, or anything you do, half-as-much as you are.

I’m not arrogant now (I hope) but I have made peace with who I am, where I’ve come from, the things I’m bad at, and most importantly that I’m probably not bad at everything. One of the upsides to getting older for sure.

In short, I now have the ability to understand that not all ‘criticism’ (read here anything but glowing praise, and I’m not that comfortable with that either, fun me huh) is a personal attack. Also, what I understood about Francesca and the whole mega supportive team at Orion, was that they wouldn’t have bought my book if they didn’t like it. That it was in their interests, as much as mine that it was as good as it could be, and most importantly that they all had a lot more experience than I did. 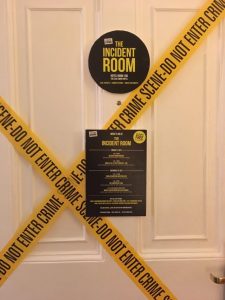 Said someone. I thought it was Stephen King, but apparently it might have been Faulkner or someone else (Arthur Quiller-Couch?). Anyway, not important in terms of this post. My first book was, originally told from the point-of-view of four women and one man. I loved that man. I loved writing him. His chapters were short, came out easily and, I thought, added depth.

He was my ‘darling’. And they wanted him gone! I was hesitant to do this, but open to giving it a try. And, what do you know, it’s a better read without him. It’s more stream-lined, and less chaotic in it’s telling. That was a biggie, just to illustrate. There were other, more minor, changes that mattered too, and I was willing to give them a go. I stuck to my guns on Madison’s name though, nothing else worked, and eventually that’s who she became to all of us working on the book.

This main ‘big’ or ‘structural’ edit is hard-work. Maybe in particular for crime, just in terms of the happenings. One little plot adjustment can impact everything else. Maybe in particular for me too. I’m good at getting the words down very quickly, (trained journalist, naturally hyper, severe lack of patience), but then there is a lot of editing and re-writing. This was a fast learning curve. My speediness, can be at the loss of due care. So, a huge part of my on-going education, is to slow down. A lot.

I was very much held through it though, and had of course been through a shorter version of the process with my agent.

Another set, or in my case, a few sets of eyes, especially ones that know what they are looking for, is like gold. Editing is elevation for sure. And cannot be a solo act. Again, all the resources I read about Indie publishing have also highlighted the importance of this. Even if you’re not with a traditional publisher, it’s probably a good idea to hire a professional editor. There is a stage, for me, where I am just too close, and have looked at it for too long to know if it’s good/ bad or somewhere inbetween.

Next was the line edit, where tracked changes and I sulked and fought, and my natural ‘bigger picture, urgh at the detail’ voice needed to be silenced.

Then writing acknowledgements, lots of fun! 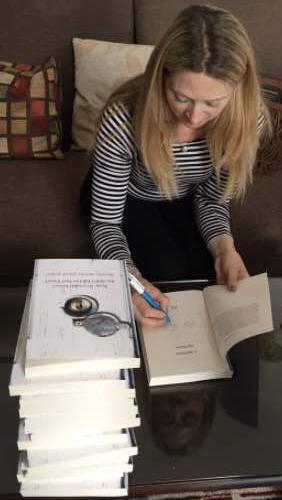 Then proofs. Exciting doesn’t really cover this, and I got my first one at Harrogate in front of a lot of Orion people, in the amazing ‘Incident room’. I attempted to look nonchalant, and failed. I casually (no) signed a stack of them. Lauren Woosey, Twitter savvy publicist, snapped a shot of me holding it and helped me tweet it. I can’t see any social media profile pics being anything other than me holding that proof for a long while yet.

Around this time, I also went into Orion and met people there. Another overwhelming and brilliant experience, one of those unusual moments where I (a natural motormouth) was honestly lost for words. It gave me an idea of just how much hard work and effort is going into ‘I, Witness’, and another reason to scowl at idiots who think books are overpriced.

There are people there who sell books in to shops and supermarkets. A foreign rights team who have already got me a French deal (Orion have World rights for both books). Marketing people headed by Lynsey Sutherland, who make a detailed plan and think of things I wouldn’t even have considered. Lauren Woosey, it turns out is my lovely and dedicated publicist (seriously isn’t that mad). She does loads of promotional ‘shouting about’ my book that I would be utterly useless at (I’m soooo English in this respect).

There are people who do the cover work. I have no qualms in boasting about how bloody ace the cover for ‘I,Witness’ is. Seriously it’s gorgeous.

There is also other stuff going on behind the scenes that I can’t even guess at yet. I got a rough idea of how hard they all work watching them in action at Harrogate, and I was only there for a day.

I had no idea that other authors would read ‘I, Witness’ prior to publication, every time I get a Tweet or an email with comments it’s amazing. I read a lot in the genre, and have done for years, so these are people that, not long ago, I was following (stalking) on various social media and via blogs as a fan. It’s all quite surreal.

I’m only at the very start of my journey, but I am so glad I went down the agent/ publisher route, though I appreciate it’s not for everyone.

And I’m still pinching myself. Every time I’m standing in Waterstones grinning like a fool. 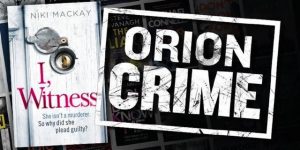