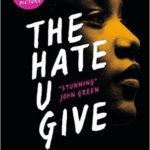 The Hate U Give – Angie Thomas

Sixteen-year-old Starr Carter moves between two worlds: the poor neighborhood where she lives and the fancy suburban prep school she attends. The uneasy balance between these worlds is shattered when Starr witnesses the fatal shooting of her childhood best friend Khalil at the hands of a police officer. Khalil was unarmed.

Soon afterward, his death is a national headline. Some are calling him a thug, maybe even a drug dealer and a gangbanger. Protesters are taking to the streets in Khalil’s name. Some cops and the local drug lord try to intimidate Starr and her family. What everyone wants to know is: what really went down that night? And the only person alive who can answer that is Starr.

But what Starr does—or does not—say could upend her community. It could also endanger her life.

This is one of those books that comes with a lot of hype – it’s Waterstones book of the year. And it totally lives up to it. I loved this book so much, it takes a massive, important issue and makes it very personal. The narrative, told from the point of view of Starr Carter, rushes along effortlessly. The cast of imperfect, lovable characters is drawn beautifully, and the sense of community and place is strong. This is an important book I think. Especially for the USA where it is set. It is heart-wrenching at times and full of injustices both huge and minor. Thomas has written something very special that I think people will be reading/ discussing (and watching – film rights have sold) for an awfully long-time. Politically astute and full of heart. I can’t wait for ‘On the come up’. 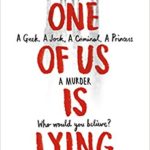 One Of Us Is Lying– Karen McManus

Five students go to detention. Only four leave alive. For fans of Gossip Girl and Pretty Little Liars, this is the perfect high school thriller.

Yale hopeful Bronwyn has never publicly broken a rule.
Sports star Cooper only knows what he’s doing in the baseball diamond.
Bad boy Nate is one misstep away from a life of crime.
Prom queen Addy is holding together the cracks in her perfect life.
And outsider Simon, creator of the notorious gossip app at Bayview High, won’t ever talk about any of them again.
He dies 24 hours before he could post their deepest secrets online. Investigators conclude it’s no accident. All of them are suspects.
Everyone has secrets, right?
What really matters is how far you’ll go to protect them.

This is as pitched ‘the perfect high school thriller’. I am a huge fan of YA books from the 90’s – ahem I was a teenager then – and this had the same, clever, slick feel to lots of my favourites. ‘One Of Us Is Lying’ is a fast-paced, page-turner and so much fun.

I read it in pretty much one sitting. It is well constructed, well written and deserves the immense success it’s enjoying. It reminded me that my chosen genre works just as well for a younger audience and this book is also on its way to our screens I believe. 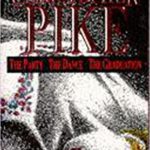 The Party
Jessica Hart and her best friends invited dozens of people to their “get to know each other” party. But some people came who weren’t invited. And the evening ended in horror. Most figured it was a suicide. They figured wrong.

The Dance
For Jessica Hart and Michael Olsen, the homecoming dance will end just like the party–in horror. The murderer will walk through another wall.

The Graduation
For Michael Olson, the last day of school is not a time to celebrate – it’s a day to finish an investigation that may cost him his life. It’s also a final chance for him to let Jessica Hart know his feelings for her. But the last day will not last long enough!

I have the bumper edition of this so have all three in one – I can’t buy it on Kindle or I would since my paperback has seen better days! This is a book I re-read every few years. I bloody love it. I love most Christopher Pike books and I am always surprised when people haven’t heard of him. I read for character, always for character – hence a lot of re-reading. I miss fictional people and this book has the most amazing cast and a great plot that is sustained well over three books. Pike writes horror and crime, mostly YA, and has been going a few decades. Seriously, if you haven’t discovered him yet, do.